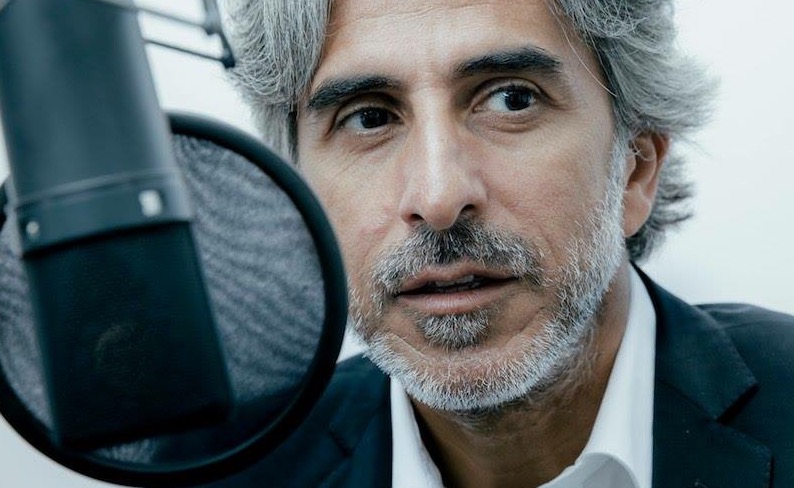 Retakes. A voice talent service you can’t do without

How voiceover has changed in video production

In recent years, the role of the voiceover in industrial and commercial videos has profoundly changed, with the changing habits in video productions. At one time, corporate videos were designed to be enjoyed during professional meetings, or at trade fairs, in which the product-service was described on monitors inside the company stands.

A video rarely found other forms of distribution other than corporate sites, for which the user’s attention was maximized by a vertical interest in the company’s business.

Today, with a market that has lost its old reference points, such as distribution channels through agents or dealers, the web has become central and the information activity of companies through videos, even more massive and continuous. Consequently, the italian corporate voiceover has changed its weight, having to adapt to the habits of use.

The smartphone has become our main tool, through which fun, information, and more and more often, work pass through. However, the methods remain the same and an italian professional voiceover is not always an essential element in enjoying a video.

Let’s think about it for a moment: how many times do we see videos on YouTube in silence, because we are in public transport or simply because we do not want to disturb the people who are close to us? Consequently, entrusting the description of the images to a voice over artist is not always an optimal choice. Better to opt for an effective subtitling that allows you to understand the meaning of the video without listening to a voiceover.

Having said that maybe we should give up the voiceover for video? Of course not, on the contrary, the use of a italian voiceover service becomes an element that further embellishes the work of a corporate video, no longer a voice off and voiceover, but the element capable of giving character to a brand. Used for example for a payoff, a brand definition, an element to underline.

These changes are accompanied by the increasingly widespread need to create increasingly current and innovation-related corporate videos, which often run much faster than we can imagine. This is where the “retake” factor comes into play for the italian professional voiceover working from his home studio. Let’s see why it is important to contemplate it in your services.

Private companies have become media production companies. Why it is so important.

We have understood how companies, describing their world, act more and more like real media companies. The internal staff of the companies include authors, social media managers, editorial plans directors. Because the communication channel with one’s audience must always be fed with the latest news, with the right information that is generated at that precise moment. It is inevitable that even the italian voiceover, whose importance I have just described, can interpret in real time the changes that are constantly brought to the video product, be it a corporate video, an advertising video, or a simple tutorial video.

A famous italian narrator is able to give depth and relevance to any content, but the substance must go hand in hand with the aesthetics. Therefore the ability to be ready to record a retake is just as important as the first recording itself.

Let’s think, for example, of the changing economic conditions as a result of unpredictable factors such as the terrible war in Ukraine, or the events that we all remember linked to the pandemic. Many companies have felt the need to adapt their messages to the context, requiring constant changes to the video posted on social media, to refine the message. The italian professional voiceover with home studio must therefore be ready to meet every need, entering the recording made and making the required changes. Sometimes it may be a simple change of date, or the model of a product, or even the availability of the same. It does not matter. The italian documentary voiceover must be present and ready to take action.

As for the economic aspect, the company or communication agency increasingly requires to receive quotes that include at least the first retake. In order to effectively support the variability that increasingly characterizes this way of working.

Giving answers in a short turnaround time: a new skill for the voice over artist

So how can a renown  italian voice over talent answer these requests without going crazy? It is also true that it is not possible to lock oneself at home in one’s home studio to wait for the request of customers who have to change a word in their video documentary.

It is certainly an important issue and there are italian professional voice over colleagues who never leave the house to show themselves absolutely ready to respond to every need. It’s the law of competition, and sometimes quick turnaround time is a factor that outweighs the skill or effectiveness of a voiceover.

Luckily, the technologies that allow us to have a professional home studio come to our aid with a certainly low cost and able to support all budgets. I, in particular, have made a small extra investment. I equipped my country house where I spend many weekends a year, with a home studio identical to the one I work in when I’m downtown. This allows me to be able to solverequests for retaking corporate videos, videos for youtube with surprising ease. Just enter the studio where I am and that’s it. Even when I work in recording studios in Milan, I have the possibility to ask for the favor of recording a remake of a voice over. It is a form of solidarity motivated by the awareness that all of us, sooner or later, will be able to benefit from this opportunity. For once, the friendship between italian voice overs and recording studios comes in handy.

How a voice over artis can support postproduction activities?

In short, we have noticed how increasingly pressing are the times of conception and realization, which inevitably also involve the contribution of the italian voiceover that is called to finalize the documentary video. This means that the professional italian voice talent has to acquire skills that are normally the prerogative of sound designers. Such as the ability to sync its audio, make remakes and deliver audio columns perfectly synchronized with the video.

Let’s say that for an “artist” these are not such automatic operations. However, even these capabilities represent a competitive advantage that can be made available to the client, often composed of an author who deals only with the video editor. This shortens the production chain: the producer is missing, the sound designer and consequently defines a professional role, that of the  italian voice actor and narrator, which is constantly changing.

Not to mention when a translation of the text from a foreign language is even asked … Colleagues, who hasn’t happened to?